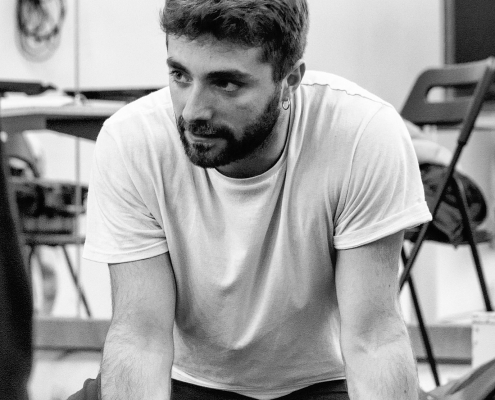 Klevis is an Albanian born, dancer & choreographer, graduated from Rambert School of Ballet & Contemporary Dance. He works internationally with a diversity of productions such, dance companies, opera productions, musical shows and film,. He is currently creating works around the world for Opera Performances and with  his own productions. Klevis’ dance is influenced by a narrative and storytelling vision of movements which are driven by ones personal emotions, feelings and experience in life.  He created award winning choreographies, and was 2nd prize winner at Burgos / New York International Choreographic Competition with  ‘Until The Sand’.  and YAGP finalist with ‘Where The Sun Rises’.

As a dancer Klevis performed with Christof Loy, Itzik Galili, Robert North, amongst others, and is still touring in The Netherlands with “Another Kind Of Blue”by David Middendorp.

In class, choreography and creation are used as a way to identify steps and technique that are important for an efficient and clean delivery of the moves. Constantly shifting from the floor to the air, engaging 360 degrees with your physicality and versatile technique.