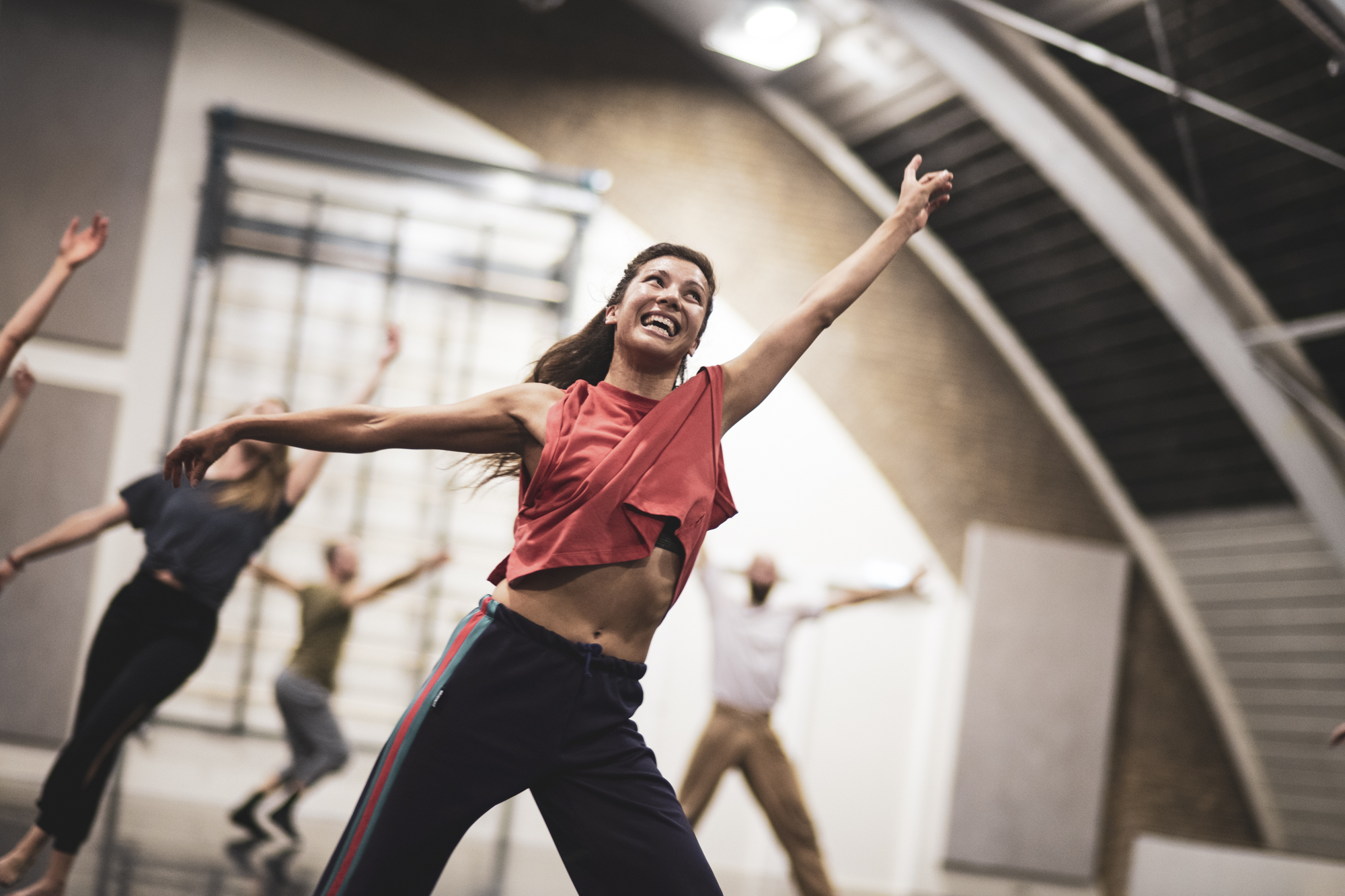 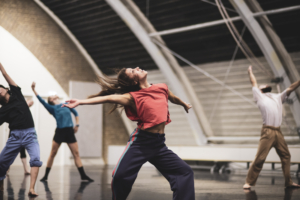 -is a Distinguished Graduate of the New Zealand School of Dance and has worked in NZ with JAVA Dance Company and in varying productions such as ‘WOW’ – Malia Johnston; with BiPeds Productions with Lyne Pringle and for TePapa National Museum as well as for TVNZ on Air. Since her move to Europe she has worked with De KISS moves FUSION dance theatre – where they went on to perform in the Finals for Hollands Got Talent, and received the vote for ‘Audience’s Favourite.’ She has also performed fo Danstheater AYA and ZEP Productions (touring NL), Dadodans, Curtis & CO.-Dance Affairs, Jelena Kostic,  Dutch Nationale Opera, Isabelle Beernaert, DansMakers Open Podium, New Dance Company (touring to Skopje Festival) Macedonia, ANT Physical Theater, House of Makers and as a guest artist Tanzcompagnie Giessen.
Isabelle also creates diverse choreographic work and has performed with Dutch musician Jett Rebel, Café Belcampo, Vondelpark Openluchttheater, Dutch Ministry of Defense (DMO) that performed in Hart Van Holland. She has been invited to present her work at various dance festivals such as Tańca Zawirowania (PL), Florence Dance Festival (IT) and programmed for Tempo Dance Festival (NZ).
With her own collective IN Dance Co. Isabelle has presented the choreographic work KERN (Film and Live performances) supported by Balkonscènes – Fonds Podiumkunsten and Amsterdam Fonds voor de Kunst and has her second large choreographic work ‘FLIGHT MODE’ supported once again by Amsterdam Fonds voor de Kunst and AAlchemy (USA). She has recently worked as a Movement Director and Choreographer for the global brand Rituals Cosmetics. As of 2021 Isabelle is a Co-Artistic Director and Advisory Board member alongside Julie Magneville of AAlchemy (USA) under the leadership of Cliff Brody (NPAFE).
Isabelle has taught at Henny Jurriëns Studio, The International School (AICS) Amsterdam, Amsterdam Dance Centre, Chasse Dance Studios, Tanzzentrale Nurnberg as well as workshops on behalf of Danstheater AYA. In New Zealand she has taught for LOD Dance Studios, Standouts Dance & Drama, Toi Poneke, New Zealand School of Dance. She also gives training for collaborators with IN Dance Co. based in The Netherlands

As of 2022 Isabelle is a newly certified teacher of Countertechnique –
By continuously and sequentially directing parts of the body away from each other in space, Countertechnique allows the moving dancer to work with an ever-changing dynamic balance. This dynamic balance reduces the pressure on the overall body structure and can be changed at any given moment.

“My capacity as a person and as a dancer and creator has shifted to become one whereby I am empowered and I hope to empower many others around the globe through sharing and exchanging this practise. Each day is a new day and each challenge in class brings many wonderful opportunities that we can share together on the dance floor.”