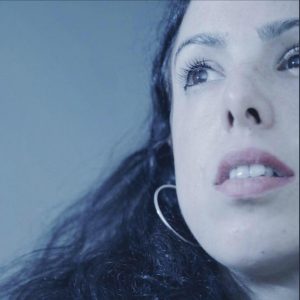 Keren is a Middle-eastern, Amsterdam based performer | maker | movement researcher. Through her works and artistic practice, she seeks to articulate a new physical and social political gaze over the body and the environment it functions in; Hunting for rituals and physicality that can liquidate boundaries between the body and the environment we live in, between our social skin and the primitive body underneath. Questioning queer and social political context from a hetro-fluid perspective, while creating multidisciplinary collaborations with artists from the fields of Photography, Film, Design, Sound and Theory. Keren is also a certified Gaga teacher. Keren’s works were presented in Sadler’s Wells (UK), Dansstationen (SE), Dutch Chinese Festival (CN), Reykjavik Dance Festival (IS), Malmo Pride Festival (SE), Amsterdam Dance Event, Amsterdam Fringe Festival, Dansmakers, Dansataliers, Korzo Theater (NL), Machol Acher Festival (IL), Dublin Fringe festival (IE), Museum of Modern Art Dublin (IE), as well as in venues and theatres in Mexico, Israel, Sweden, The Netherlands, Ireland, Italy, and Ethiopia. Keren is currently touring Internationally with the work Gender Fuck[er].  As a movement researcher, Keren was invited in 2011 by Ohad Naharin to study the Gaga movement language and become a certified teacher. Since then She has been invited to teach Gaga and her Choreographic practice in Professional institutions, dance companies and festivals around Holland, Europe, Asia , South America and Africa.Keren had been sharing the Gaga movement language and has been teaching in various professional and open public institutions such as Henny Jurriens Stichting Amsterdam, the ballet department of the Theater School in Amsterdam, Dance Works Rotterdam, DISH Dance Company, Ireland, Dance Ireland Center, Reykjavik Dance Atalier, Random Collision in Groningen, Dans-lab in Den Haag, and Crea Studio in Amsterdam.