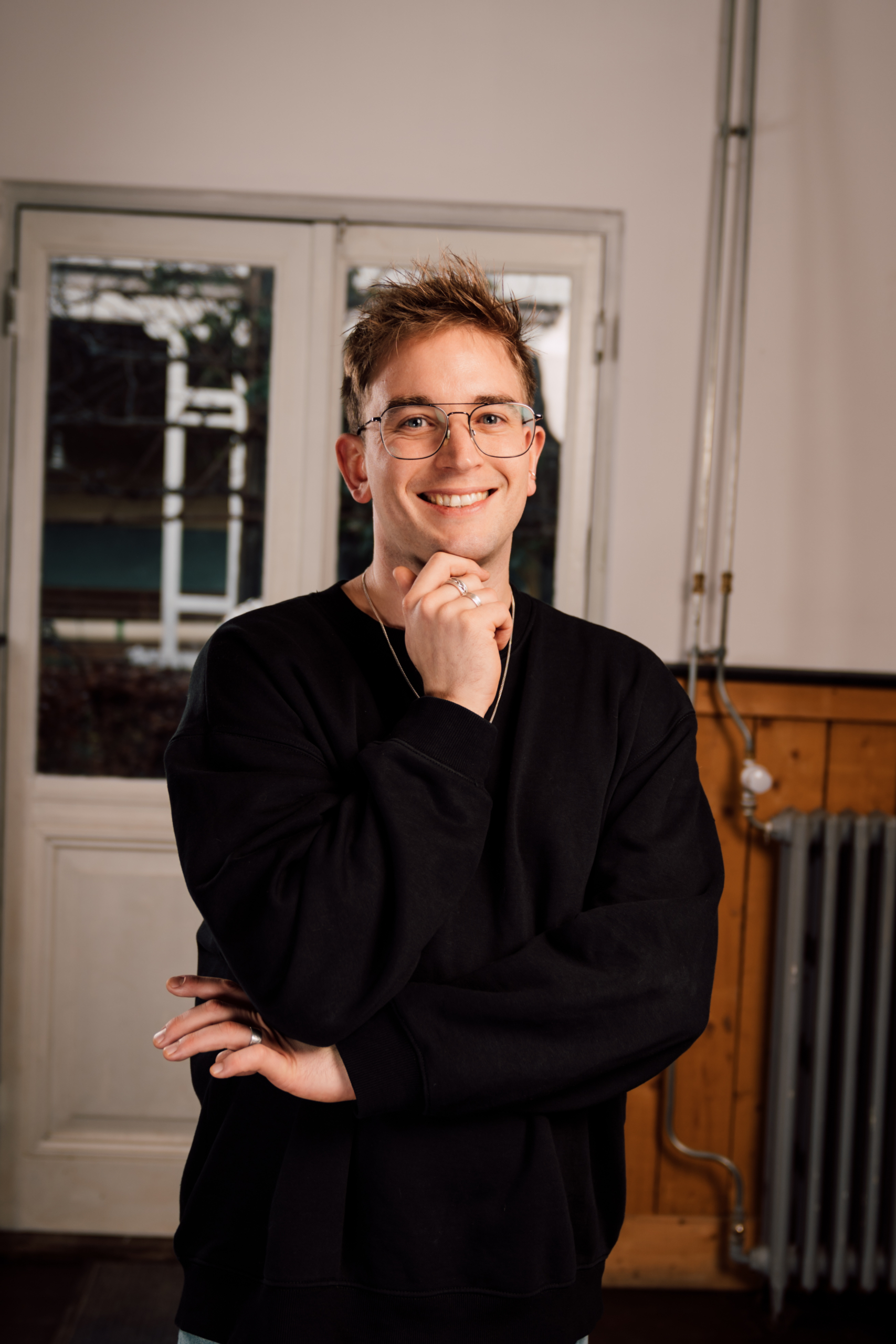 About the Co-creation workshop:

In a shared session with dancer Terencio Douw (currently touring with the performance Krave) we research how set-movement material can be the base of partner work, improvisation, and interpretation of movement. We focus on the deciding dancer. How dancers make active decisions while performing a set of tasks is the essence of how we perceive physicality at SHIFFT.

Jasper van Luijk (1987) studied dance at the ArtEZ Dance Academy. When he was only 24 years old he was selected by Korzo to participate in the event Voorjaarsontwaken 2011 to create a choreography. This resulted in the piece Too many new beginnings, which was very well received.

Commissioned by Korzo productions he created the duet About There and Here which premiered during the Holland Dance Festival 2012. In the same season he created commissions for Brand New #3 (co-production Conny Janssen Danst and Dansateliers) and Festival a/d Werf. In 2012 Jasper received the ITs Choreography Award, a price for graduating talent in choreography. After his graduation, he decided to focus on choreography full-time. Highlights from the past years are the solo performances Yonder and The Definition of Now, and recently the shows Pounds Ligher and Krave (touring now).
In 2015 he received nominations for the BNG New Makers Award and the prize of the Nederlandse Dansdagen.

In 2017 he started the Utrecht based company SHIFFT, together with business manager Lisa Donia. SHIFFT is a dance company and creative hub based in the heart of Utrecht. A young and ambitious dance company, dedicated firmly to the here and now. The productions they create often flirt with new media such as the combination between dance and live photography and digital space design. In addition to creating and producing dance productions, SHIFFT organises a range of activities aimed at development, encounter and reflection.