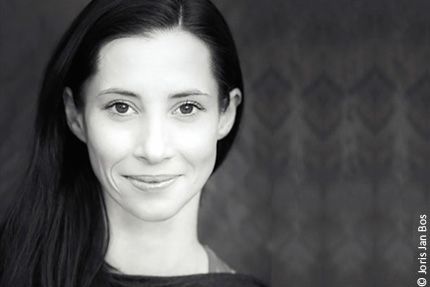 About this workshop; Diving into the Kylián Repertoire-2:

This workshop will sample excerpts of ballets from moments across the timeline of master choreographer Kylián’s body of work. With an emphasis on quality of movement and musicality, Sarah will present the movement in fascinating ways that make diving in depth into this repertoire an exciting exploration.

Sarah will work on the same material in both workshops this week.

Sarah started dancing at the Dublin Ballet School, then entered Dorothy Stevens School of Dance and later the Central School of Ballet in London.

After one year with Opéra Théâtre de Metz (France) and two years with Saarlandisches Staatstheater (Germany) she decided to move on to NDT 2 . She joined Nederlands Dans Theater in 2004. She has created and danced ballets by Jiří Kylián, Sol León and Paul Lightfoot, Crystal Pite, Johan Inger, Hans van Manen, Mats Ek, Medhi Walerski and many other guest choreographers with NDT. The company tours internationally to great acclaim with its diverse repertoire.

In 2015 she worked with Clara van Gool for the first time on the dance film ‘Voices of Finance’. Their second collaboration, the feature-length ‘The Beast in the Jungle’ (2019) premiered in Rotterdam at IFFR. She has left full-time dance with NDT as of this season and is pursuing her love for acting.

​She continues to set work, teach and dance in independent projects.