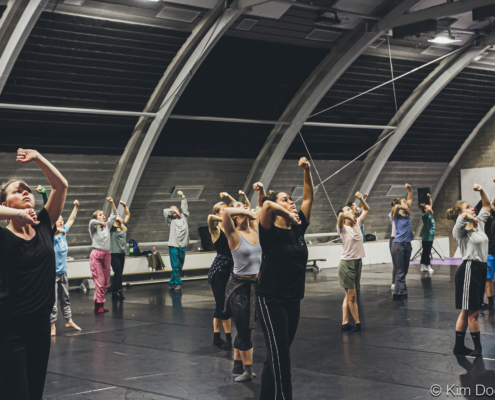 5 days workshop -go beyond the familiar limits of class and meet Rachael Osborne & Ian Robinson for a meaningful process. Daily Gaga/dancers sessions are followed by the study of Ohad Naharin’s repertory, allowing dance students and professional dancers to make connections between tools introduced in class and choreographic material.

Gaga/dancers deepens dancers’ awareness of physical sensations, expands their palette of available movement options, enhances their ability to modulate their energy and engage their explosive power, and enriches their movement quality with a wide range of textures. The classes are built on the same principles as Gaga/people classes but also employ the specific vocabulary and skills that are part and parcel of a dancer’s knowledge. The layering of familiar skills with Gaga tasks presents dancers with fresh challenges, and throughout the class, teachers prompt the dancers to visit more unfamiliar places and ways of moving as well, unlocking the endlessness of possibilities. Dancers are guided to connect their effort to pleasure and to discover the virtue of silliness. 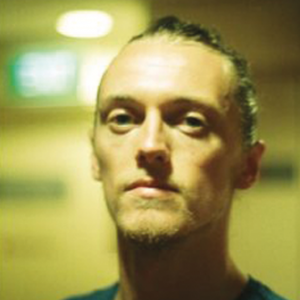 Rachael Osborne, born in Australia 1980, trained at the National Capital Ballet School under Janet Karin OAM. She completed an Associate Degree in Dance at QUT in 1999 and participated in various dance projects around Brisbane before joining Batsheva Ensemble in 2001 and subsequently the Batsheva Dance Company in 2003. Rachael continued to dance with Batsheva until 2017.

Rachael was Assistant to the Rehearsal Director at Batsheva between 2008-2010 and during this time was the Batsheva recipient of the Yair Shapira Prize. She has taught Gaga since 2008 and Ohad Naharin’s repertory for over a decade in Israel, Europe, Australia, Japan and North America.

Since 2011 Rachael has assisted Ohad Naharin setting his works B/olero, Yag, Decadance, Minus 1, Minus 16 and Passo on independents and companies in the U.S.A, Canada, Europe, Australia, Russia and the U.K. She also danced with L-E-V from 2012-2014 and while there assisted Shaon Eyal in her creation Untitled Black for the Gothenburg Opera Ballet.

-was born in Bangor, Maine USA.  He trained with the Robinson Ballet and graduated from New York University Tisch School of the Arts with a BFA.  Ian danced with various companies and projects including Mikhail Baryshnikov’s Hells Kitchen Dance, Complexions Contemporary Ballet, Les Ballets Jazz de Montreal, Sydney Dance Company and Aszure Barton & Artists before joining Batsheva Dance Company in 2009.  Until 2017 Ian danced there full time under the artistic leadership of Ohad Naharin.  Ian now continues independently to develop himself as a dancer, creator, teacher and videographer.  He is a certified Gaga teacher, stages Ohad’s works and leads classes and workshops for dance communities around the world.

The Gaga Workshop is open to professional dancers and dance students.