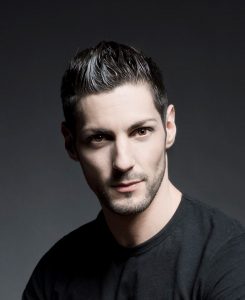 Stéphen, director of Delattre Dance Company in Mainz, Germany, trained in his native France and went on to dance as a soloist in a number of different companies. He danced in a wide range of both classical and contemporary works, by choreographers including Balanchine, Forsythem, Galili, Perljocaj, Goecke and many others. As a teacher he has taught a\in Paris at Studio Harmonic / Marseille at National Superior Dance School (France), Busan Dance Festival (Corea), Kielce Dance Theatre (Poland), Rome at PAC Studio (Italy), in Mainz at Tanzraum / Stuttgart (Germany), and at Codarts in Rotterdam, and numerous other schools, companies and studios. He has choreographed many works as a guest choreographer and also for his own company.

On Tuesday 2 June the HJS classes in the studio will start up slowly!