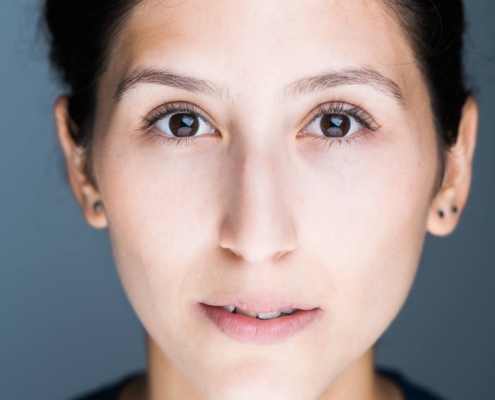 is an Israeli artist, choreographer and teacher based in The Hague, she works between Israel and the Netherlands in the field of dance and visual art. Eilit has studied Countertechnique since 2007 and had an internship as Anouk van Dijk’s assistant in 2009. She attended the Countertechnique Teacher Training program in 2012 and 2014, and has been teaching since 2012 around Europe and Israel in professional education centers and companies. She studied contemporary dance at Dance Workshop Kibbutz Gaaton in Israel and graduated from ArtEZ Dance Academy in Arnhem, the Netherlands in 2010. She is a recipient of the “Dance in Community” grant from the Israel Ministry of Culture and a certified NLP practitioner. Eilit’s performances study interaction, function and movement on cellular level, in live organisms and ecosystems, she is interested in the ability of any living creature to listen and trust their embodied experience. She presented i.a in March Hare Festival (Tel Aviv), Supercell (AUS), Les Rencontres Choregraphiques (Paris) Gessnerallee (Zurich), Veem (Amsterdam), and Korzo (the Hague). She is the founder of “Blender” performance series in Haifa Theater and “Karov Meod ” Movement in public spaces Interdisciplinary Festival in Downtown Haifa. As a performer Eilit danced with choreographers such as Simone Truong, Keren Rosenberg, Jerome Bel, Amos Ben-Tal, Jack Gallagher, and Kalpana Raghuraman.

“Countertechnique empowered my dancing and gave my body more volume in the space. I could let go of my own judgment and rediscover my flexibility, strength and joy of movement. The method allows each person to share their unique artistry, be receptive and present in every moment on stage. Countertechnique promotes the dancer to be an active partner of his/hers own body, giving space for individual growth, developing a researchers’ mind and bringing the focus on qualities of an action. As an artist, I found these are very useful skills to have in the independent field. Practicing Countertechnique’s way of thinking I enjoy the process of moving, I am reminded by the fact that there is nothing to get but something to do. It brings me closer to my inner curiosity where I can discover and connect. “