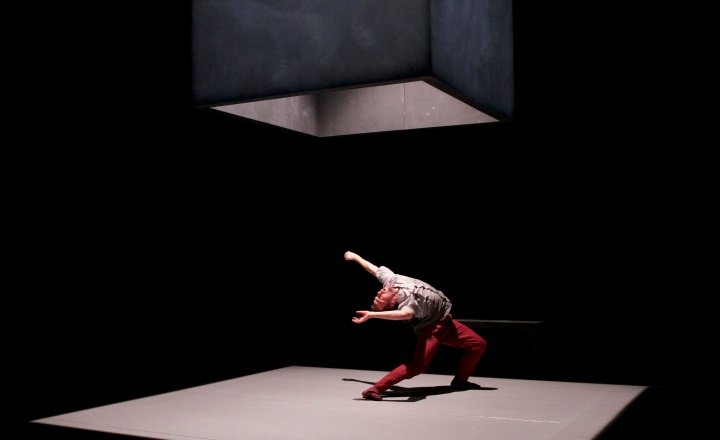 About the Repertoire Masterclass:

Join Dunja Jocic for an exclusive masterclass on November 3rd! Together with dancer Kalin Morrow, she will teach repertoire of her previous work and upcoming show ‘HET GRAS HIER IS GROENER’

Duja’s work has a great balance between technicality and performance. The material will be a good challenge if you want to put yourself to work!

The studio will be open 30 min before the start of the Masterclass (at 18:00). We recommend warming up a little before.

Dunja Jocic is a Serbian/Dutch choreographer, working from Amsterdam. She was born in Belgrade (former Yugoslavia) in 1978 to a family of filmmakers. Before starting her dance training at the Codarts dance academy in Rotterdam, where she graduated in 2002, Jocic was a professional rhythmic gymnast and a member of the Yugoslav Olympic team.

Jocic has worked with distinguished directors and dance companies, such as Club Guy & Roni (NL) and Ballet du Nord (FR), Emio Greco and Pieter C. Scholten (ICK Amsterdam, NL) and Saskia Bodekke and Peter Greenaway. For her performance in Midnight Rising by Club Guy & Roni, Jocic was nominated for a Swan for Best Dance Performance in 2013.

Jocic made her first dance piece in 2007 with the solo No flowers, please, that led to the full-length production Not me. She has been creating for both stage and film, collaborating with a variety of talented directors, writers, composers, and set designers such as Tomoko Mukaiyama, Cello Octet Amsterdam, Yannis Kyriakides, Toyo Ito and Barbi Marković. For her first short dance film Mirroring (2011), in co-direction with Marinus Groothof, she received awards at the Hong Kong Jumping Frames International Dance Video Festival and the Belgrade Documentary and Short Film Festival.

In 2012 she was commissioned to choreograph Sonnet 66 for the Bitef Dance company in Belgrade (RS). One year later, Jocic collaborated as a choreographer/director with composer Klaas de Vries on the Hundred nights, hundred years opera that premiered at the Dutch Musica Sacra Festival in Maastricht.

Her next choreography, Don’t talk to me in my sleep (2015), was loosely based on the relationship between Andy Warhol and his mother Julia. That same year, Jocic finished her second dance short with Marinus Groothof, Bird, which was nominated for a Golden Calf (Dutch Oscars) for Best Film Short. It received the Cinedans Audience Award in Amsterdam (NL).

In 2016 Jocic choreographed La Mode with Spellbound Contemporary Ballet (IT), a multimedia performance created by Tomoko Mukaiyama, with music by Yannis Kyriakides and set-design by renowned architect Toyo Ito.

Her production Terra Incognita premiered at the CaDance Festival in The Hague (NL) in 2017. Based on Vladimir Nabokov’s short story of the same name, Jocic created an intense fast-paced, psychedelic dance piece with music by Hugo Morales.

Jocic was invited to create Departure for Conny Janssen Danst in the talent development project DANSLOKAAL 6 in 2018. 2019 saw the completion of The Protagonist and Resident, both with texts by Barbi Marković. In 2021 Jocic premiered The Panther and Arcus Cloud, a collaboration with Cello Octet Amsterdam and composer Michael Gordon.

Jocic´s work has been shown in theaters and at festivals around the world. From Groningen (Noorderzon) to Maastricht (Nederlandse Dansdagen), from Rome (International Dance Festival, IT) to Belgrade (Belgrade Dance Festival, RS) and from Tokyo (Dance New Air, JP) to Taichung (National Taichung Theater, TW). She has been the recipient of multiple choreography awards, among which the BNG Bank Dance Award for Excellent Talent (2016) and the Prize of Dutch Dance Days Maastricht 2018. Her performance The Panther received the coveted Swan for Best Dance Production 2020-2021.

Early 2021, Jocic has been selected for the Fast Forward program of The Performing Arts Fund NL. She is currently working on The Previous Owner (a collaboration with Noord Nederlands Toneel) and The Grass Here is Greener. 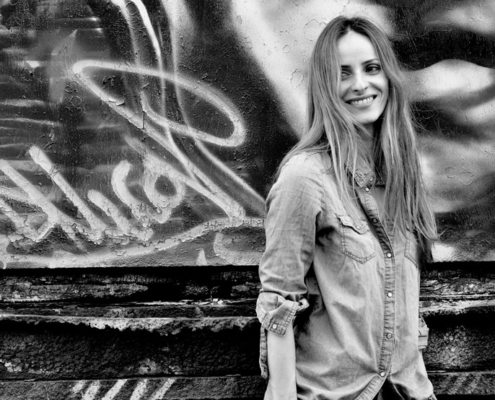