Rachael Osborne
–
born in Australia, she joined Batsheva Ensemble in 2001 and subsequently the Batsheva Dance Company in 2003. Rachael continued to dance with Batsheva until 2017. She was Assistant to the Rehearsal Director at Batsheva between 2008-2010 and during this time was the Batsheva recipient of the Yair Shapira Prize. She has taught Gaga since 2008 and Ohad Naharin’s repertory for over a decade in Israel, Europe, Australia, Japan and North America.
Since 2011 Rachael has assisted Ohad Naharin setting his works B/olero, Yag, Decadance, Minus 1, Minus 16 and Passo on independents and companies in the U.S.A, Canada, Europe, Australia, Russia and the U.K. She also danced with L-E-V from 2012-2014 and while there assisted Sharon Eyal in her creation Untitled Black for the Gothenburg Opera Ballet.

-born in Bangor, Maine USA. He trained with the Robinson Ballet and graduated from New York University Tisch School of the Arts with a BFA. Ian danced with various companies and projects including Mikhail Baryshnikov’s Hells Kitchen Dance, Complexions Contemporary Ballet, Les Ballets Jazz de Montreal, Sydney Dance Company and Aszure Barton & Artists before joining Batsheva Dance Company in 2009. Until 2017 Ian danced there full time under the artistic leadership of Ohad Naharin. Ian now continues independently to develop himself as a dancer, creator, teacher and videographer. He is a certified Gaga teacher, stages Ohad’s works and leads classes and workshops for dance communities around the world. 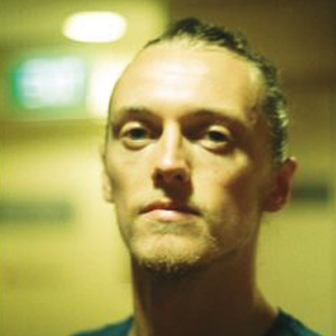